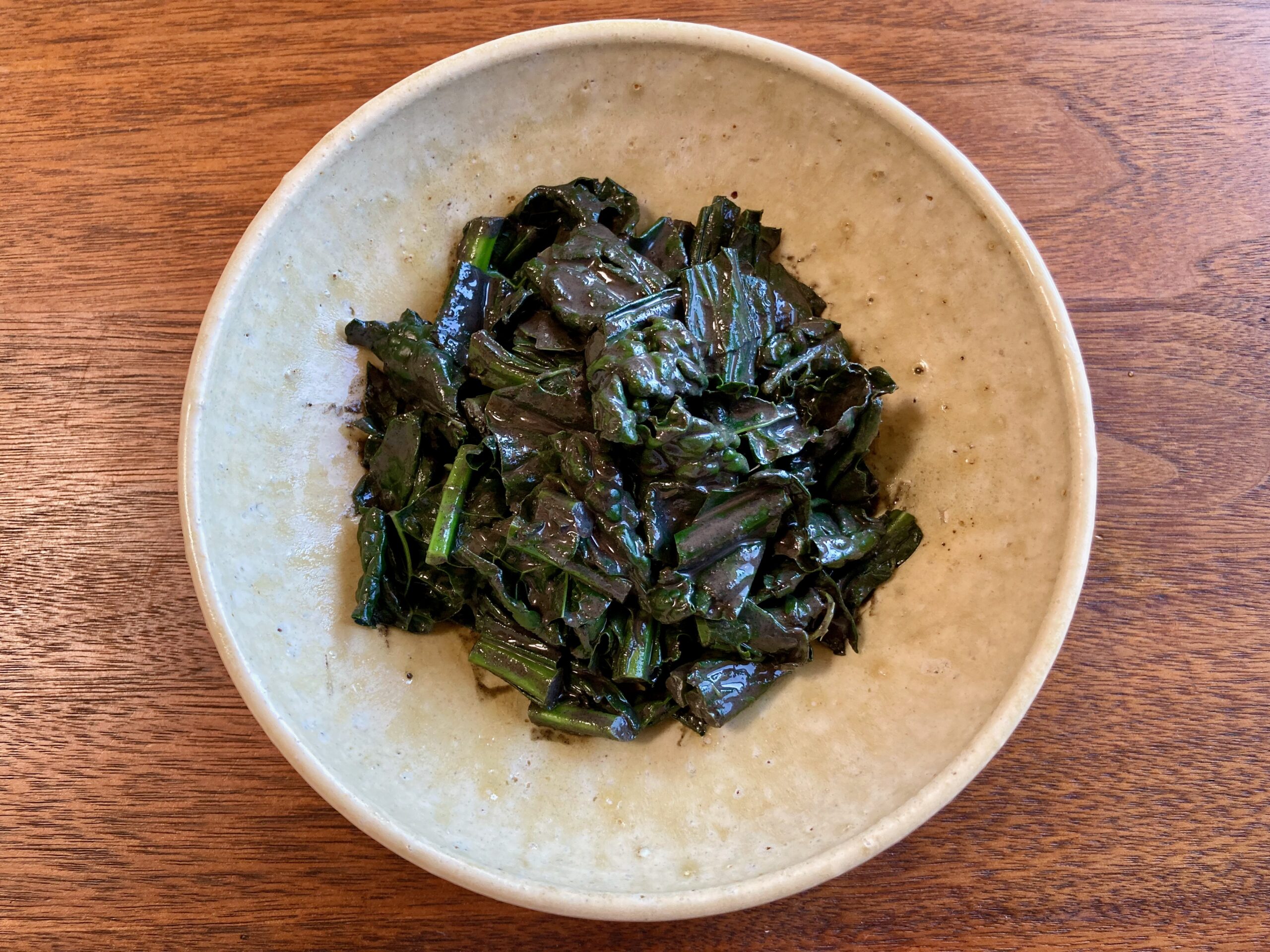 When I was growing up, one of the side dishes which appeared frequently at my home was spinach salad with ground black sesame. It was one of my favorite dishes. In fact, all of my family members liked it very much. It is one of the most classic Japanese dishes. It is so simple, and nothing fancy. And yet, the meeting of the dark green vegetable and black sesame with the soy sauce-mirin flavor is one-of-a-kind. Nothing can be better than this! You can make an almost similar dish using white sesame, which is also very delicious. But there is something so special with the black sesame.

Living abroad, I have noticed that white sesame is much more common than black sesame in many countries. As I moved to the United States, I found some places where I can purchase organic black sesame. But one day, I discovered that the company Eden is producing black sesame tahini (they call it “Black Sesame Butter”) at a very affordable price! I was in such joy. Now I can make the dish like my favorite spinach salad with ground black sesame! The original Japanese recipe uses ground toasted black sesame. But using black sesame tahini is easier, since you don’t have to grind it by yourself. And I can imagine that the nutrition of sesame can be absorbed into the body better!

Using kale instead of spinach

As it is not often that I can get the kind of spinach you can easily buy in Japan, which has a thicker stem and larger leaves, one day, I thought, why don’t I try with the dark green kale..? And it was an absolute success. Although the texture of the kale is much coarser than the spinach, its dark green flavor would fit so beautifully with the tahini sauce. Ever since, this has become one of our frequently appearing dishes.

To eat green leafy vegetables in our diet is essential for our well being. They nourish us with essential vitamins and minerals. But these vegetables are not necessarily the ones that become as a main dish. Therefore, they are wonderful to have as a delicious side dish that can be compatible with various menus.

Here are some examples of the meals I made having this kale salad as a side dish. This is definitely one of our favorite sides among others such as carrot green salad with tahini sauce!